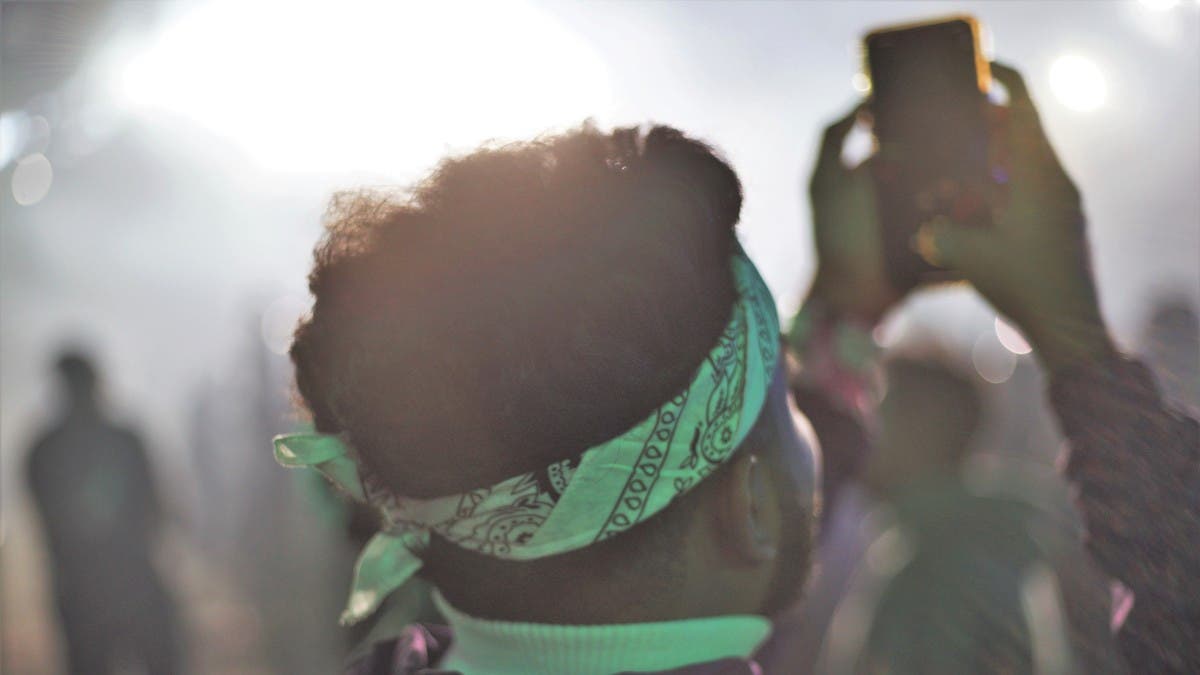 Inside the gates of MDLBeast’s Soundstorm festival north of Riyadh, young Saudi men and women danced to electronic music in a vivid expression of the rapid social changes taking place within the Kingdom.

Attendees described their pride for their country, and predicted a bright future for a society that was once considered one of the strictest in the world.

While the festival experienced some of the growing pains that would be expected from an event of its scale and novelty – not least the heavy traffic leading to the site in Banban – the mood inside the site was one of elation.

Running from December 16-19, it was the second edition of the blockbuster event first held in 2019 as part of Crown Prince Mohammed bin Salman’s Vision 2030 reforms that legalized public concerts, cinema screenings, and female drivers among a slew of other changes.

For him, it was symbolic of a “big future” for Saudi Arabia. He reflected on how Saudi social norms are changing in a positive way, allowing genders to mix at events without fear of repercussions.

Noora Maghrebi, from Jeddah, told Al Arabiya English: “Everything is great here; the food, the vibes, the people.”

The young IT manager said that she never would have imagined that such an event would take place in the Kingdom.

“I’m very proud that we reached this state, and I’m pleased to be here today.”

The festival showcased more than 150 international and local artists over seven stages at the sprawling site, boasting such names as DJ Snake, Future, David Guetta, and Afrojack on the lineup.

Organizers MDLBeast estimated that more than 180,000 people attended on the first day.

MDLBeast went to great lengths to ensure the safety of attendees, with a zero-tolerance policy towards harassment market by the ‘Reset and Respect’ campaign.

People who experienced harassment were urged to report it through the festival’s mobile app, and there were at least six ‘Reset and Respect’ centers scattered across the site where people could escape the throng of the crowds and unwind.

But the overall atmosphere of the festival was not one of intimidation – the absence of overt consumption of drugs and alcohol made for a generally well-behaved crowd.

Saudi DJ Adnan al-Sanna, who goes by the name Spceboi, saw Soundstorm and the wider reforms as unique events in history.

Asked whether he believes Saudi Arabia will continue along a path of reform, or return to a more traditional way of life, he said it all comes down to a question of faith in the Kingdom.

“A lot of people think: ‘If this is happening so rapidly, it’s not sustainable,’ but it’s really hard to predict.

“I feel anybody who’s saying they have an answer and says it’s not sustainable, they’re pretty much guessing.

“You either believe in the country or you don’t believe. I think that’s the question.

“Do you believe that the country might be able to manage? Yeah, I believe it. Personally, I do believe in it.”

Two Saudi nationals who spoke to Al Arabiya English and did not want to be named hinted at a wariness towards the social reforms, with one saying they could lead to an erosion of more traditional ways of life.

Many Saudis who attended the festival, however, expressed their respect and understanding for the more traditional mentality, while also acknowledging a desire to modernize.

“It’s good to keep up, that’s a good thing,” said Huda Abdulaziz, 27. “It’s a big difference, a big change. So of course there is a big question mark about the old days.

“The people who are our age, we like to do these kinds of things, and [hope for] more of these things.

“But old people, who are 50 or 60, they cannot understand these kinds of things, and it has also happened so fast, so I cannot blame them because it is a new thing for them.”

Irish expatriate Gavin Duffy, who has lived and worked in Riyadh for the last seven years, said it was “absolutely amazing” to see Saudi people enjoying the festival.

“Sure you have generations of people who have got a very conservative, very strong religious background,” he said. “But most of the young people, they respect that, but they also want a little bit of release.”

The “right place at the right time”

For Bahraini DJ Zeyah Mohsen, also known as Zone+, being in Saudi Arabia is being in the “right place at the right time.”

“Growing up in this region, I’ve always thought that, you know, maybe we’re not in the right place to really do what you love and, try to make something amazing about it and having everyone proud of you,” he said.

“But now with time, and especially after MDLBeast throwing this big festival two years ago in this region, it’s become okay, and become great to showcase your art and to play music. It’s been nice.”

From the DJ booth, both Mohsen and al-Sannaa have been witness to the release of pent-up energy from the young generation, they said.

“It was not out there in the open before, but now it’s just out there,” said Mohsen. “Everyone has the energy, energy that’s been bottled up and now it’s out there and exploding.”

Al-Sannaa added: “I think in a weird way they tapped into some sort of reservoir of interest in Saudi. People really love to party.

“I think that has always been the case in the country, but it was more hidden, more underground, more frowned upon, and a lot of it was associated with alcohol or drugs.

“Like if you party, that means that you have to be drinking. And I think MDLBeast is changing that culture.”

The scale of the festival, with its six stages and more than 180,000 estimated attendees on the first day, impressed Gavin Duffy.

“It’s pretty much bigger than anything I’ve seen in Ireland or the UK or America,” he said.

The Saudi artistic scene is seeing rapid growth as more and more young Saudis are looking to events such as Soundstorm and realizing that there is a future in the creative industry.

“We have more musicians, more DJs than before, and they’re all on par with international talent,” said al-Sannaa. “In fact, I know a lot of Saudis that would rather see locals than internationals.”

Imbued with the optimism of the past few years, many Saudis see lasting change in the future of the Middle East, with other countries looking to follow the Kingdom’s example.

“I think in a couple of years, the whole region will be just like anywhere else in the world. I think there’s no friction,” said Mohsen.