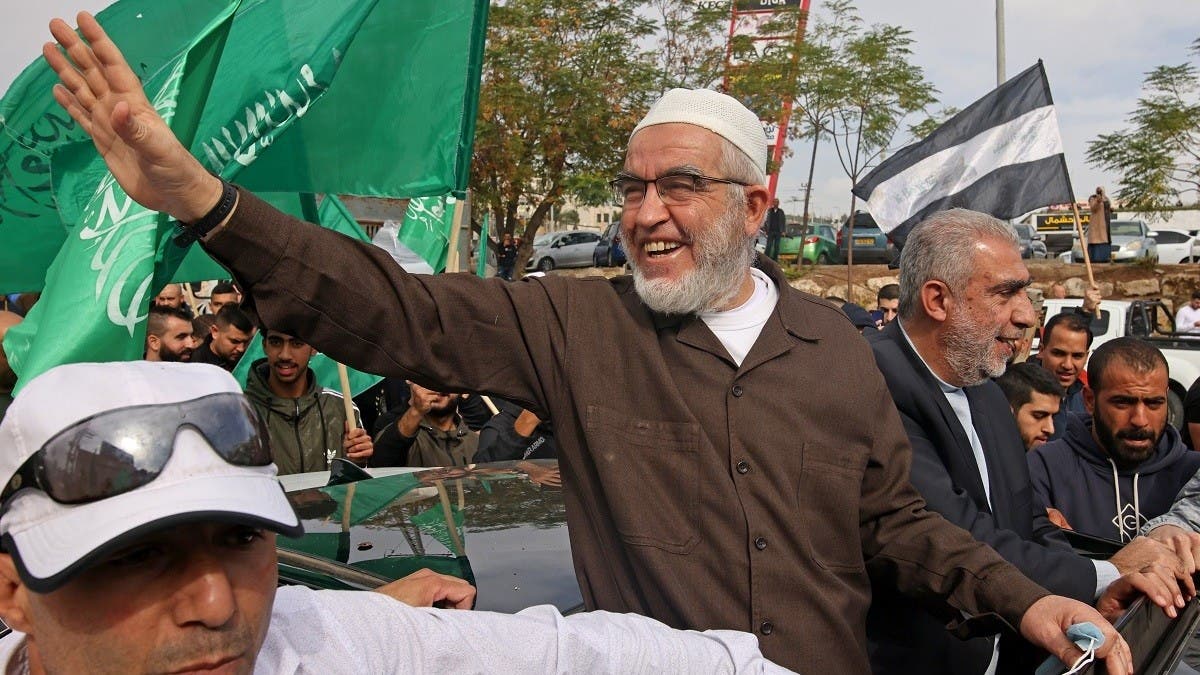 Israeli authorities Monday released from jail radical cleric Raed Salah, a rival of the first Arab party leader to support an Israeli government, who was imprisoned for incitement to terrorism.

Salah was greeted with fireworks and a crowd of some 1,000 supporters who were chanting “Raed, the sheikh of Al-Aqsa” as he arrived in his home city of Umm el-Fahm, in northern Israel.

Last year, an Israeli court convicted him of “incitement to terror” for “praising, sympathizing or encouraging terrorism” in remarks made after attackers from his home city killed two policemen in Jerusalem’s Al-Aqsa Mosque compound three years earlier.

Salah, who walked free after serving a 16-month sentence, heads a group known as the northern branch of the Islamic Movement in Israel.

The political wing of the movement’s southern branch, called Raam, is headed by Mansour Abbas, who in June agreed to support a government headed by right-wing Israeli Prime Minister Naftali Bennett, backing that enabled Bennett to form a government.

The Islamic movement in Israel split in 1996.

Salah’s group was outlawed in 2015 for incitement linked to the Jerusalem holy site.

His supporters say his sermons are within the bounds of free speech and that his arrests constitute political intimidation intended to silence dissent. Salah served a nine-month sentence on similar charges in 2017.

Salah’s movement calls for the boycott of Israeli elections by Palestinian citizens of Israel on the grounds that they give legitimacy to the institutions of Israel.

Before Israel’s March election, Abbas said his party was willing to work with any Israeli government that would take steps to improve the lives of Arab citizens, who have long complained of unequal treatment compared to Jewish Israelis.

Abbas then emerged as a surprise kingmaker and joined the coalition in a historic deal that included a multi-billion dollar pledge to tackle some of the problems experienced by Palestinian citizens of Israel, who constitute more than 20 percent of the country’s population.

No punishment for US troops involved in deadly Kabul strike: Pentagon