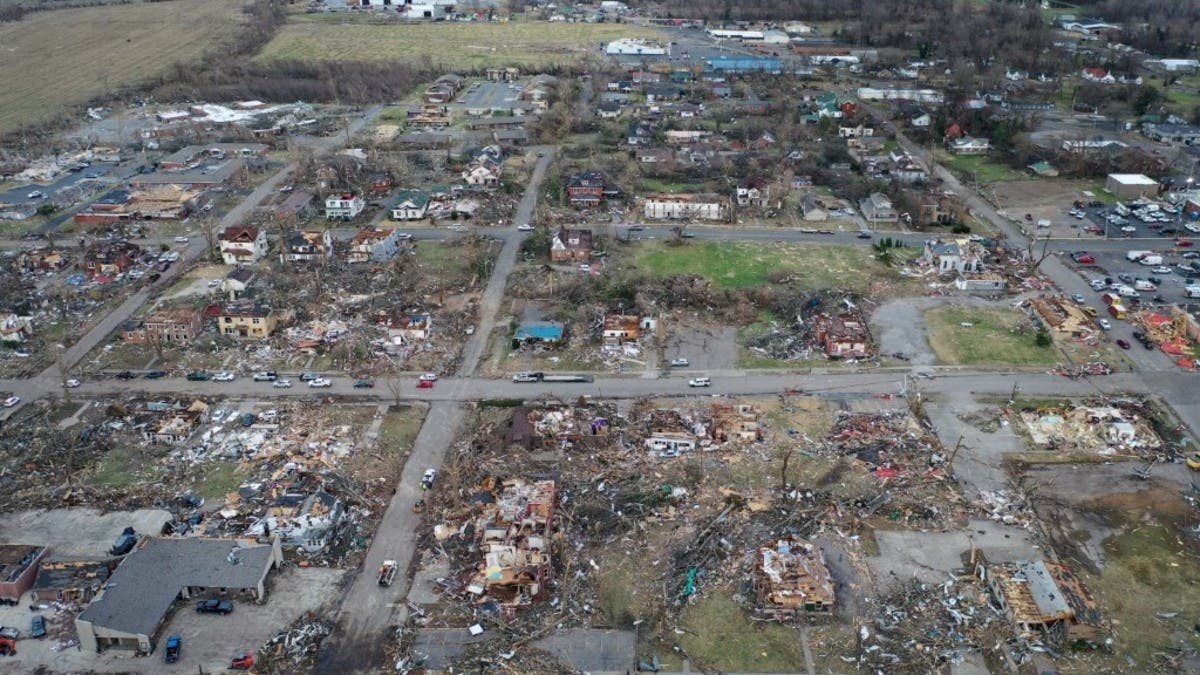 The powerful storm system that devastated parts of the US overnight is likely to be “one of the largest tornado outbreaks in our history,” President Joe Biden said Saturday.

“It's a tragedy. And we still don't know how many lives are lost and the full extent of the damage,” he said in televised comments.

At least 78 people were killed, with more than 70 of them in Kentucky alone, after the series of tornadoes roared across five states, leaving post-apocalyptic scenes of devastation.

There are fears the toll will rise.

“Whatever is needed, I'm going to ask for,” Biden vowed at his press conference.

When asked whether climate change had impacted the storms, he said he “can't say” and that he would ask the government's Environmental Protection Agency to look in to the question.

“But the fact is that we all know everything is more intense when the climate is warming, everything,” Biden continued. “And obviously it has some impact here but I can't give you a quantitative read on that.”

He promised to visit the damaged region, but said he wanted to be sure he did not get “in the way of rescue and recovery.”

At least four dead in US tornadoes and storms; roof collapse at Amazon