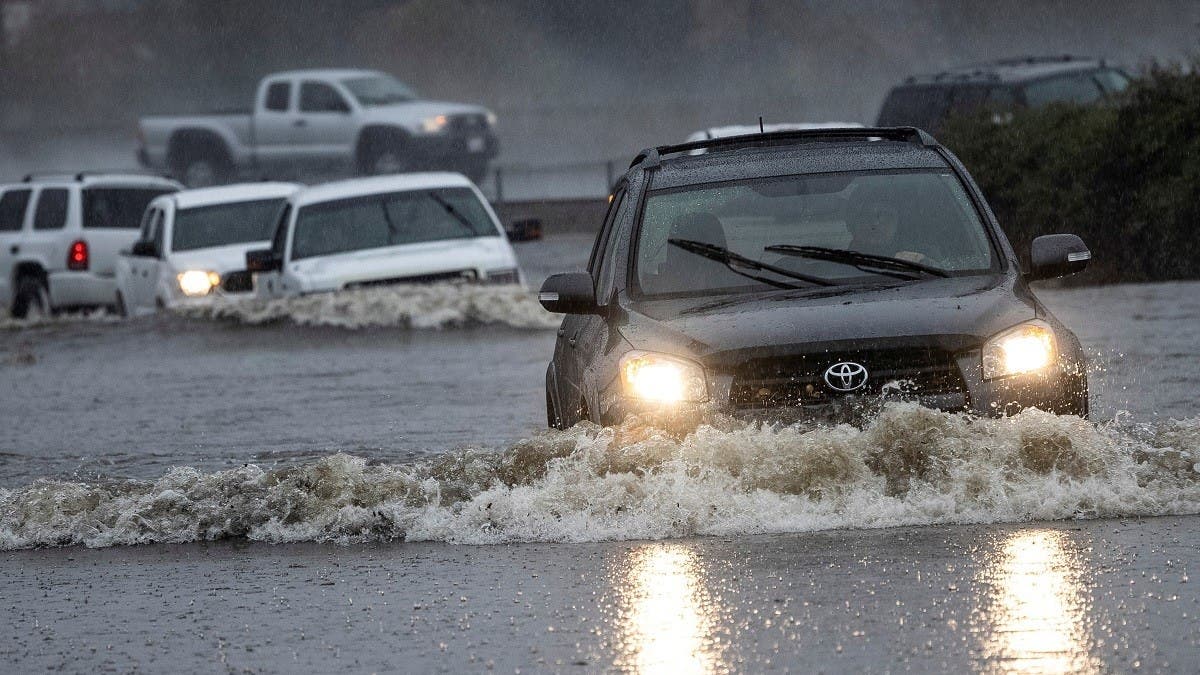 A major storm is headed toward Northern California, promising to drop up to 10 feet (3 meters) of snow on Sierra Nevada mountain peaks and bring much-needed rain throughout the region.

Rain was expected in the Bay Area, with snowfall in the Sierras starting Sunday before getting heavier between Monday and Tuesday, according to forecasters. There could even be a dusting of snow on Bay Area mountaintops.

“If you live in the Sierra, today is the final day to prepare for a multi-day winter storm that will likely be remembered for years to come,” the National Weather Service warned in a forecast issued on Saturday.

“If you are traveling through the Sierra, either get ahead of the storm before snowfall begins or wait until it’s over to get up there. It will be increasingly treacherous,” he said.

A low-pressure system from the Pacific Northwest was on track to hit coastal areas north of San Francisco Saturday night and drop light rain.
In the Pacific Northwest, a winter storm warning was in place in an area including the ski resort where an avalanche Saturday killed a 60-year-old man and temporarily buried five others.

The heaviest rainfall near San Francisco was expected to come Sunday night into Monday morning as the storm spreads to the east and south, said Sarah McCorkle, a meteorologist with the weather service’s Bay Area office.

Rainfall totals across the north could range between 2-6 inches (5-15 centimeters), and the greatest amount was expected in the Santa Cruz and Santa Lucia mountain ranges, where winds could exceed 50 miles per hour (80 kilometers per hour). The rain could cause minor flooding and rockslides, particularly in areas where wildfires have burned recently, according to the forecast.

Pacific Gas & Electric said the storm may cause power outages in the Bay Area. The utility said in a news release that its workers were clearing vegetation away from power lines to reduce the chance of outages.

The amount of rain is typical for this time of year, McCorkle said, even though the last couple of years have been unusually dry. The storm should help relieve dry conditions, but won’t mark an end to the drought, according to the U.S. Drought Monitor.

The megadrought fueled by climate change has enveloped much of the West. As California heads into what traditionally is its wettest time of the year, 80 percent of the state is classified as in extreme or exceptional drought, the two worst categories.

Read more: US tornado outbreak likely ‘one of the largest’ in history: Biden