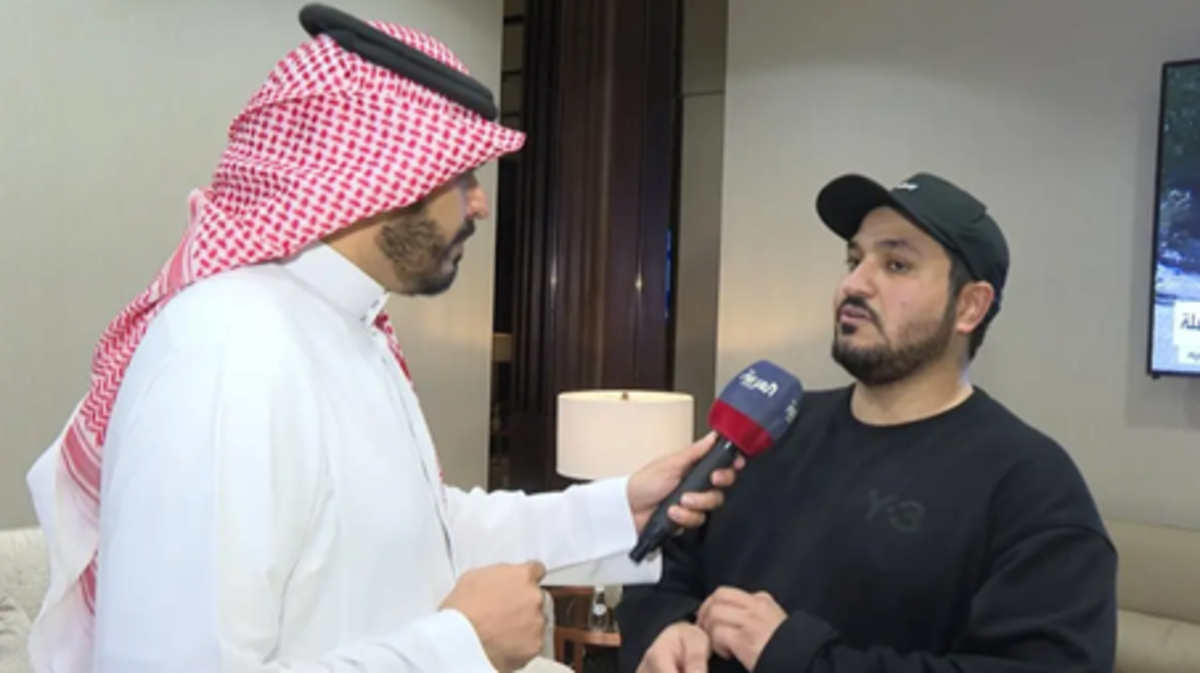 A man wrongly imprisoned in connection to the murder of journalist Jamal Khashoggi has described his treatment at the hands of French security forces.

Saudi citizen Khaled al-Otaibi spoke about the “filthy” conditions he was held in after being arrested at Paris’ Charles de Gaulle airport on Tuesday.

“They detained me in a filthy room of which the walls were stained with blood, where I could neither take rest nor sleep,” al-Otaibi told Saudi newspaper Okaz.

Soon after al-Otaibi’s arrest, the Saudi embassy issued a statement saying that it was a case of mistaken identity.

Al-Otaibi shares the name of a man listed in a UN-commissioned report as having been involved in Khashoggi’s killing.

He said that after he was detained, he asked authorities to allow him to contact the Saudi embassy, but he was not successful.

“However,” he said, “I managed to contact my friend, who in turn called the embassy, which responded directly, as its staff members were looking for me.”

Al-Otaibi managed to retrieve his mobile phone and eventually received a call from the embassy.

Saudi Arabia’s ambassador and other embassy officials came to the holding center immediately, but security officials did not allow him to meet them, he said.

Speaking about his treatment at the hand of security forces, he said: “They did not even give me any opportunity to speak, and all their answers were in French.

“Later, an Arabic-speaking female lawyer explained to me that I was detained in connection with a murder case.”

He said that security men laughed at him and mocked him when he was detained.

“When they had shown me a photograph of a person and asked about him, I replied that I did not know anything about him. The person in the picture was not me, and that his name was different from that of mine,” he told Okaz.

Prosecutors said checks had shown that an arrest warrant issued by Turkey did not apply to the man. Earlier, a police source said he had been detained when a scan of his passport triggered an alert.

Saudi Arabia: Citizen arrested in France not tied to Khashoggi case, should be freed 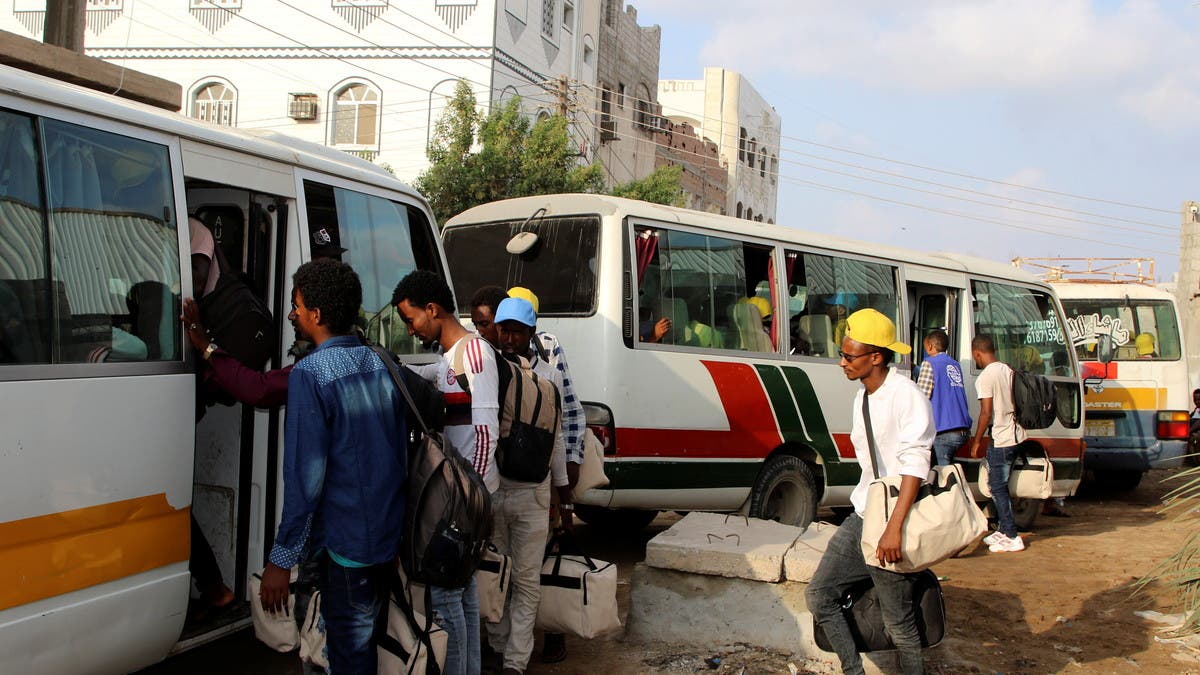 The UN migration agency said Tuesday it aims to help transfer at least 6,750 Ethiopian migrants from war-torn Yemen to their home country in the coming months. It appealed for $7.5 million to assist their return.

The International Organization for Migration said it has transferred more than 600 migrants, including 60 unaccompanied children, to Ethiopia on three flights so far this year. More flights were planned between Yemen’s southern port city of Aden and the Ethiopian capital of Addis Ababa, it added.

“Migrants transiting through or stranded in Yemen are some of those most affected by the deteriorating humanitarian situation in the country,” said Christa Rottensteiner, IOM’s chief of mission in Yemen.

Yemen’s civil war has not prevented migrants from entering the country, desperate to make their way to neighboring Saudi Arabia to find jobs as housekeepers and construction workers.

Last year, around 27,700 migrants embarked on the arduous journey from the Horn of Africa to Yemen, according to the IOM.

Saudi foreign minister says some progress in talks with Iran 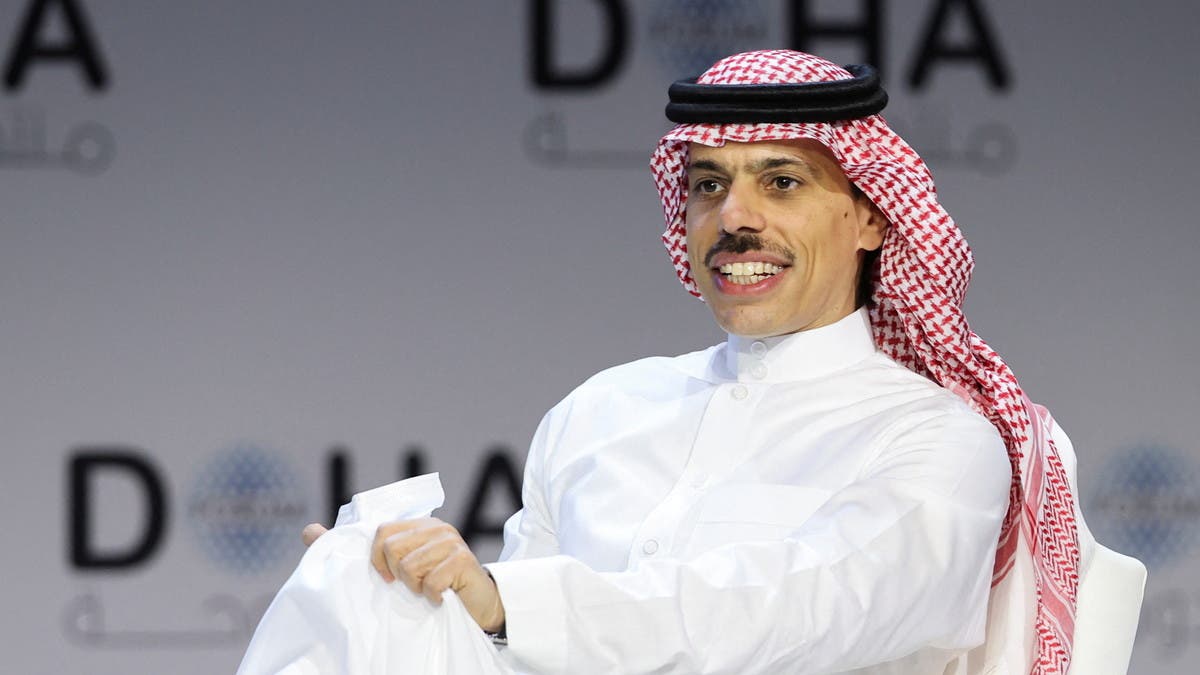 Saudi Arabia’s foreign minister said on Tuesday that there had been some progress in talks with Iran but “not enough” and that the Kingdom’s hands remain outstretched to Tehran.
Saudi Arabia and Iran have held five rounds of talks hosted by Baghdad.
“We have made some progress but not enough,” Prince Faisal bin Farhan Al Saud told a World Economic Forum panel. “Our hands are stretched out.”
For the latest headlines, follow our Google News channel online or via the app.
“We continue to encourage our neighbors in Iran to lean into what can be a very, very important sea change in our region,” he said, adding that a “new era of cooperation” in the region could deliver benefits for all.
Saudi Arabia and Iran, which severed ties in 2016, launched direct talks last year as global powers moved to salvage a 2015 nuclear pact with Iran, which Gulf Arab states had seen as flawed for not addressing regional security concerns.
The nuclear talks have been on hold since March.
Prince Faisal said if a deal is reached it would “be potentially a good thing if it’s a good deal” and reiterated Riyadh’s stance that Tehran’s regional activities should be addressed.
Asked whether Riyadh was pleased by elections in Lebanon in which Iran-backed Hezbollah and its allies lost their parliamentary majority, Prince Faisal said: “This may be a positive step, but it’s too early to tell.”
He said it would depend on whether there would be real political reform “that re-imposes the authority of the state” and combats corruption as well as real economic reform.
Lebanon’s ties with Saudi Arabia, formerly a major donor to Beirut, had been damaged over what the Saudi foreign minister has said was the growing influence of Hezbollah in the country.
Asked why Riyadh has rebuffed US calls to raise oil production, Prince Faisal said Saudi Arabia does not expect an immediate shortage of oil and only a certain shortage of oil products.
Read more: 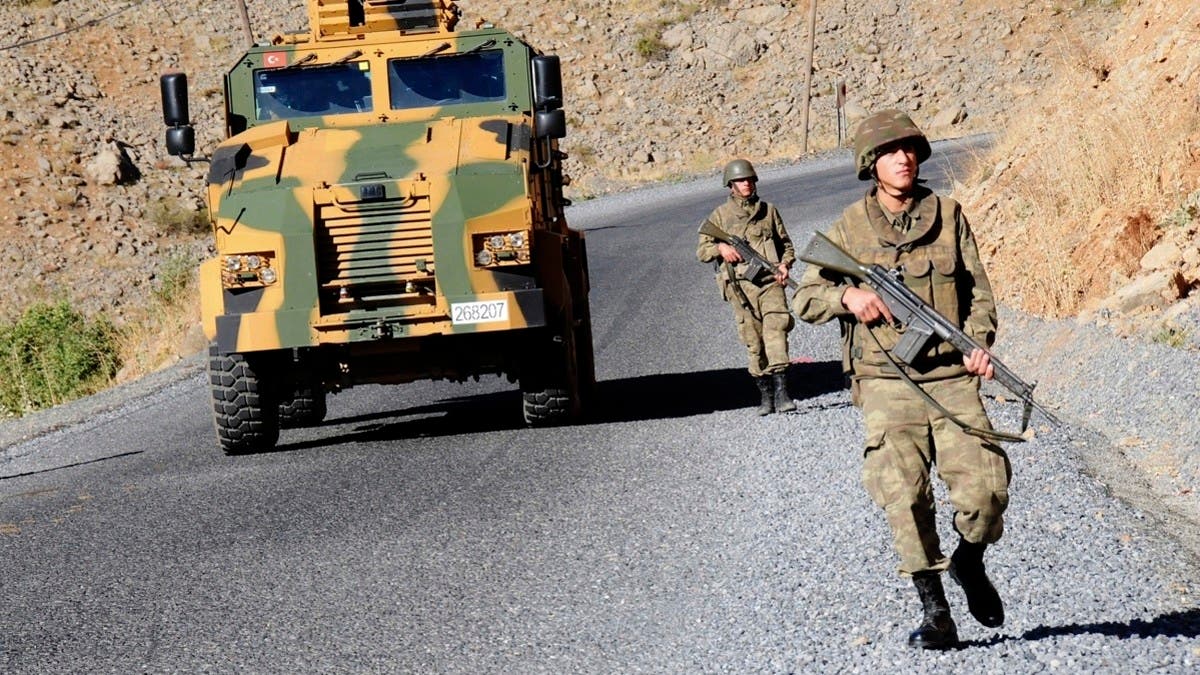 Another four soldiers were wounded during fighting, said the ministry statement, which did not say where the clash took place.

Turkey’s official news agency Anadolu said the Turkish soldiers had clashed with fighters from the Kurdistan Workers’ Party (PKK), which Ankara and its western allies say is a terrorist organization.

The PKK has training camps and bases in autonomous Iraqi Kurdistan and has been waging an insurgency against the Turkish state since 1984, a conflict that has killed 40,000 people, many of them civilians.

Ankara has launched a series of operations against PKK fighters in Iraq and Syria, the latest one in northern Iraq beginning in April.

Turkish President Recep Tayyip Erdogan said on Monday that Turkey would soon launch a new military operation into northern Syria which he said was designed to create a 30-kilometre (19-mile) “security zone” along https://english.alarabiya.net/News/middle-east/2022/05/24/Iraqi-officials-Attacks-by-ISIS-militants-kill-12-civilianstheir border.

Since 2016, Turkey has also launched three offensives into northern Syria against the People’s Protection Units (YPG), a Syrian-Kurdish group it considers to be part of the PKK.

Turkey wants to use these security zones to keep Kurdish militants at a safe distance – and to house some of the 3.7 million Syrian refugees currently sheltering inside its own borders.

Saudi foreign minister says some progress in talks with Iran