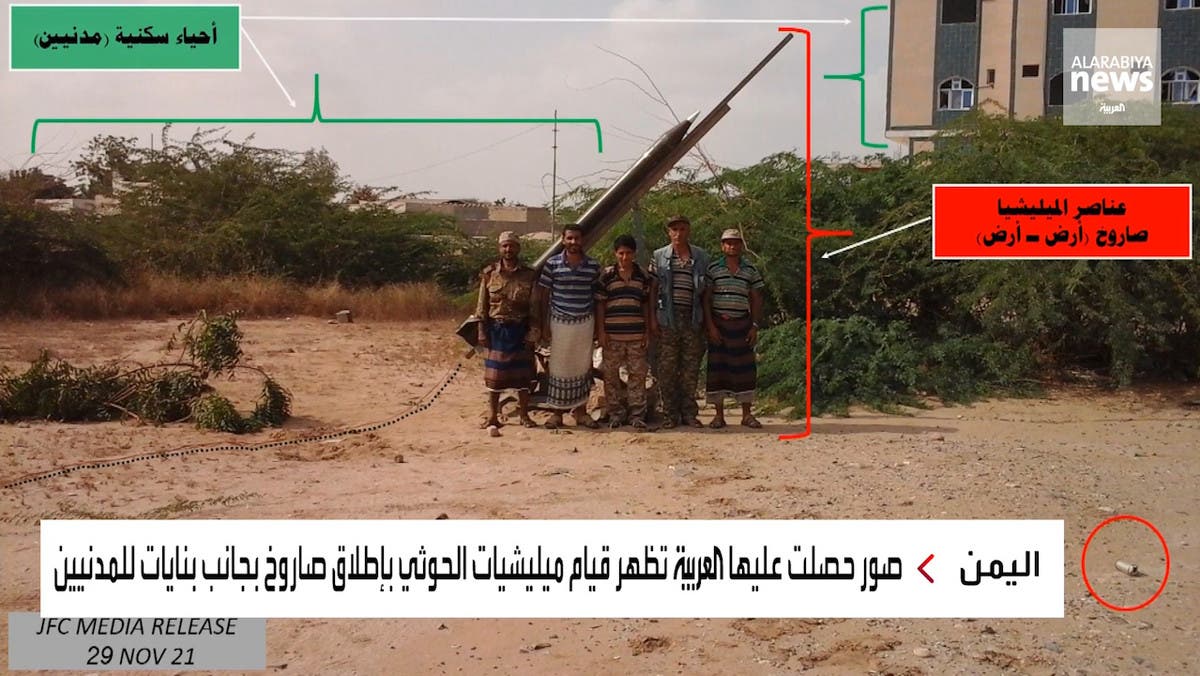 On Sunday, the Houthi militia renewed its attacks on the Yemeni governorate of Marib by firing several missiles. According to Al Arabiya’s correspondent on the ground, the militias fired three missiles in the space of an hour targeting Marib, one of which landed at the airport.

The recent Houthi attacks come after the Yemeni army and resistance forces had made advances in the past few days in the strategic governorate, inflicting heavy losses on the militias.

The Arab Coalition announced it has destroyed four drones launched by the Iran-backed Houthi militia targeting the southern region, adding that it had also conducted 19 targeted strikes on Marib and al-Jawf during the past 24 hours.

During the recent operations, 14 military vehicles were also destroyed alongside the killing of more than 115 Houthi militants, pointing out that the launch of the drones coincided with the launch of four ballistic missiles towards Marib. 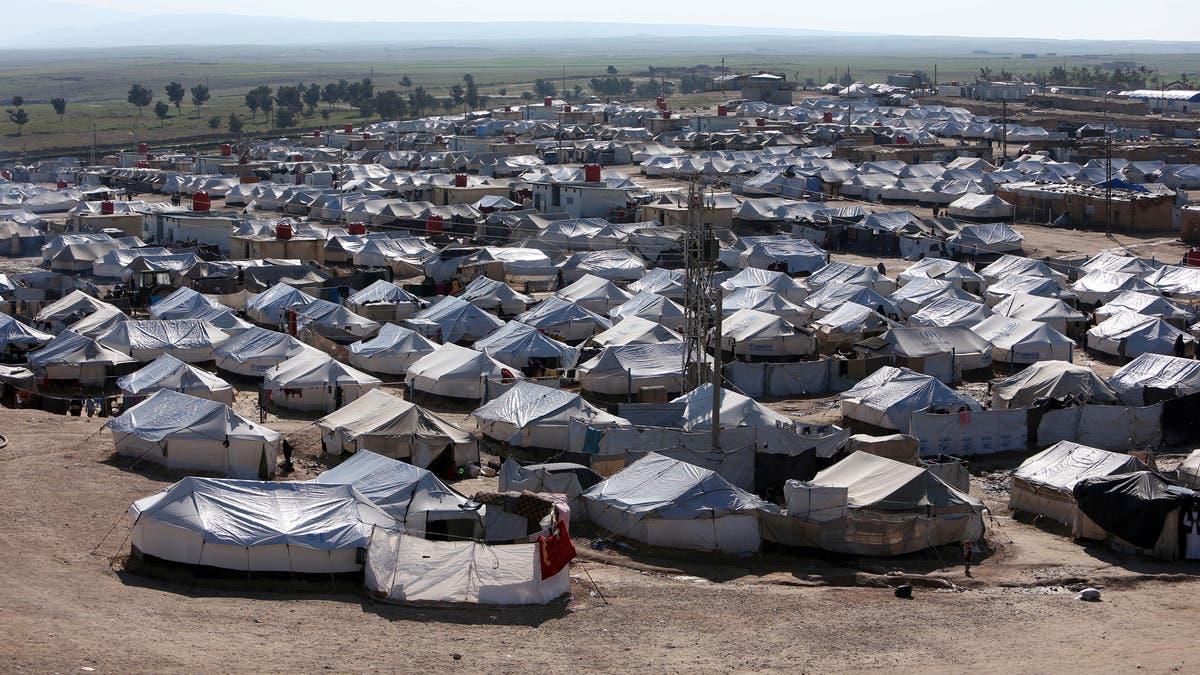 ISIS attacked a Kurdish-run jail in northeast Syria on Thursday, freeing fellow militants, a war monitor reported without specifying how many escaped.

A car bomb hit the entrance of the Ghwayran prison and a second blast went off in the vicinity before ISIS militants attacked Kurdish security forces manning the facility, the Britain-based Syrian Observatory for Human Rights said.

“A number of prisoners managed to escape,” said the Observatory which relies on a network of sources inside Syria. It did not specify how they managed to break out.

The Kurdish-led Syrian Democratic Forces confirmed the rare attack in a statement but did not mention any prisoners fleeing.

“A new insurgence and attempted escape by Daesh terrorists detained in Ghwayran prison in al-Hasaka in conjunction with an explosion of a car bomb,” it said, using an Arabic acronym for ISIS.

It blamed the attack on “Daesh sleeper cells, who infiltrated from the surrounding neighborhoods and clashed with the internal Security Forces.”

The Observatory said the SDF has dispatched reinforcements to the prison and cordoned off the area.

Aircraft belonging to the US-led international coalition battling ISIS hovered over the facility and dropped flares in its vicinity, the monitor added.

The ISIS group’s self-declared caliphate, established from 2014, once stretched across vast parts of Syria and Iraq and administered millions of inhabitants.

A long and deadly military fightback led by Syrian and Iraqi forces with backing from the United States and other powers eventually defeated the jihadist proto-state in March 2019.

The remnants of ISIS mostly went back to their desert hideouts from which they continue to harass Syrian government and allied forces. 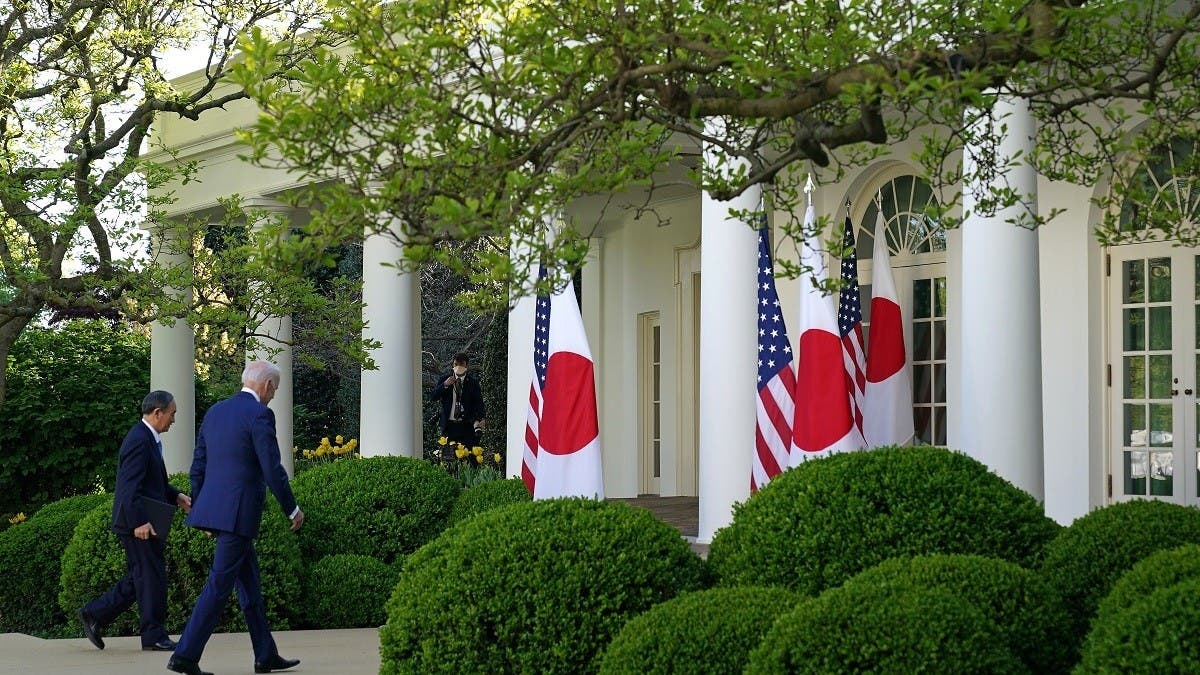 The leaders of the United States and Japan will contend with China’s growing might, North Korea’s missiles and Russia’s aims in Ukraine when they hold their first substantial talks since Fumio Kishida became Japanese prime minister in October.

The online meeting between US President Joe Biden and Kishida, scheduled for Friday Washington time, will build on this month’s so-called “two-plus-two” discussions when their defense and foreign ministers pledged to work together against efforts to destabilize the Indo-Pacific region.

Alarm over China’s growing assertiveness, tensions over Taiwan, and shared concern over Ukraine have raised Japan’s global profile on security matters, while North Korea has ramped up tensions with an unusually rapid series of missile tests.

Pyongyang, which fired tactical guided missiles this week in its latest of a series of tests, warned on Thursday it might rethink a moratorium on nuclear and missile tests.

US national security adviser Jake Sullivan and his Japanese counterpart Akiba Takeo set the agenda on Thursday when they spoke about their respective approaches to North Korea, China and economic issues in the Indo-Pacific, the White House said.

“Sullivan underscored concern about the possibility of further Russian aggression in Ukraine, and the two concurred on the importance of solidarity in signaling to Moscow the strong, united response that would result from any attack,” a White House statement said.

The White House has said the leaders will discuss economic and security matters, climate change and other bilateral issues.

White House press secretary Jen Psaki told reporters on Thursday the aim was “to further strengthen the US-Japan alliance” and ensure “a free and open Indo-Pacific” – language used to describe US efforts to push back against China.

The talks follow other security-related meetings involving Indo-Pacific leaders – two-plus-two talks between Japan and France on Thursday and between Australian and British foreign and defense ministers on Friday.

Japan’s defense minister said after the talks with France that the security situation in the Indo-Pacific was unstable and “getting tougher.”

Daniel Russel, the top US diplomat for Asia under former President Barack Obama and now with Asia Society Policy Institute, said the two-plus-two meeting showed Washington and Tokyo were on the same wavelength.

“We should expect their discussion to focus on practical measures to deter and defend against destabilizing behavior, whether from North Korea or in hot spots like the Taiwan Strait and the South and East China Seas,” he said.

China has stepped up military and diplomatic pressure to assert its sovereignty over Taiwan, which it claims as its own.

Messaging on China becomes all the more important as Biden and Kishida both face elections this year, for Japan’s upper house of parliament in July and US midterm congressional elections in November.

“As the election approaches, I think Kishida will be called upon to show a resolute stance against China, and the United States is in the same position,” said Airo Hino of Tokyo’s Waseda University.

Both nations are reviewing their security strategy, with details expected to be unveiled later this year. Japan has approved record defense spending for 2022.

Japan will be looking at not just strategy but also its defense programs, including procurement, its Washington ambassador, Koji Tomita, told the Brookings Institution on Tuesday.

“The new review will have a much sharper focus on what’s happening in the Asia-Pacific region. And I think the picture we are having in this region is increasingly troubling.”

Japan will beef up its defenses of islands near Taiwan, Kishida said this week, following a promise in October to revise security strategy so as to consider “all options, including possession of so-called enemy-strike capabilities.”

Read more: Japan, US draw up plan for any Taiwan emergency: Kyodo 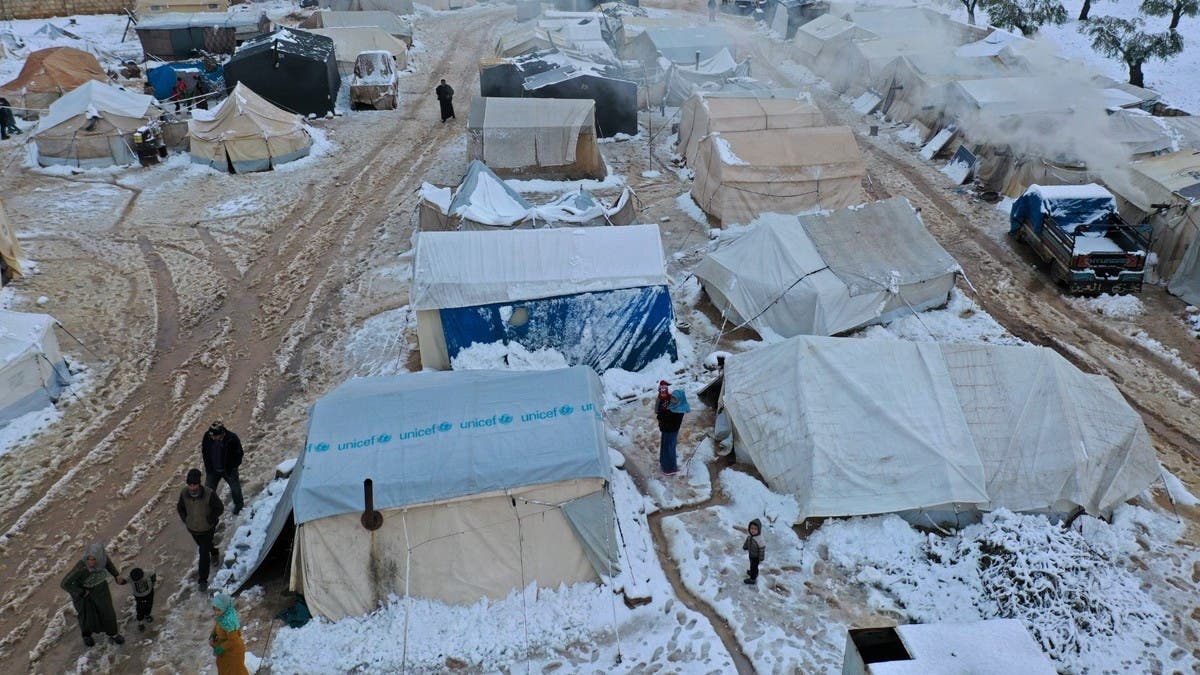 At least four people were killed and more than a dozen injured in shelling on the Syrian city of Afrin and a separate rocket attack on its outskirts on Thursday, medics at a local hospital and civil defense rescue workers said.

They were the latest in years of attacks on the northwestern enclave controlled by Turkey and the Syrian rebels it backs. There was no immediate claim of responsibility for the assaults.

Turkey has blamed previous attacks there on the Syrian Kurdish YPG group, which held the Afrin area until Turkish forces seized the region in a cross-border military operation in 2018.

The shelling on Afrin city killed three people and wounded a dozen more people, the medics and rescue workers said.

The separate rocket attack on a car killed a woman and wounded three more people in the town of Maryamayn on the ouskirts of Afrin, they added.

Turkey regards the YPG as a terrorist group tied to the outlawed Kurdistan Workers Party (PKK) inside its own borders, and has staged incursions into Syria in support of Syrian rebels to push it back from the Turkish frontier.

The YPG views Turkey as an occupying force.