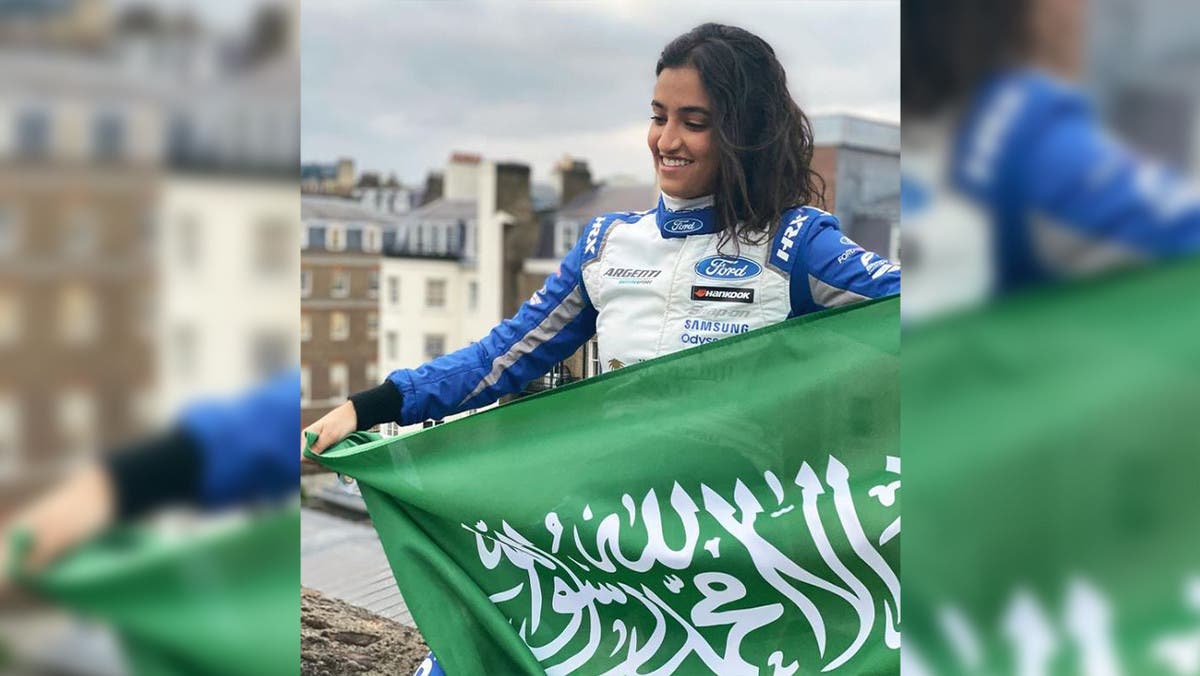 The Formula One Grand Prix coming to Saudi Arabia is a dream come true for the Kingdom’s first female racing driver.

Reema Juffali shared her excitement and disbelief about the event coming to her home city of Jeddah, in an interview with Al Arabiya English.

“It’s something that’s been my world and what I’ve been doing for so long, and I associate it with places outside of Saudi.

“The fact that it’s in Saudi and we’re hosting it in my home city, it’s unbelievable. It’s just a bit of a dream.”

The 29-year-old racer first fell in love with the sport at the age of 22 when studying abroad in the US.

She would watch Formula One on television and soon decided that she wanted to give it a try.

In 2018, after Saudi Arabia had legalized driving for women, Reema came back to the Kingdom and became the first woman to compete with a Saudi racing license.

Her first event was an amateur race in the United Arab Emirates.

“I was just hooked,” she said. “The support of my family, friends, and Saudi as well, pushed me to take this a to a next step and a step further and do it more seriously and spend more time on it.”

Juffali played down the constraints of being a woman in such a male-dominated sport, emphasizing the competitive nature of racing.

“Once you're behind the wheel, you're all competitors so it kind of doesn't matter what gender you are. And that's the nice thing about the sport. It unites both.”

At the same time, she recognizes that she is emblematic of wider social changes for women in Saudi society.

“There is a bit of a responsibility to educate and allow women to dream about this as a possibility, as a field that they can actually be a part of.”

Juffali is not competing in this year’s Formula One, which will take place between December 3 and 5 at Jeddah’s street circuit, but she will show off her skills in a hot lap. 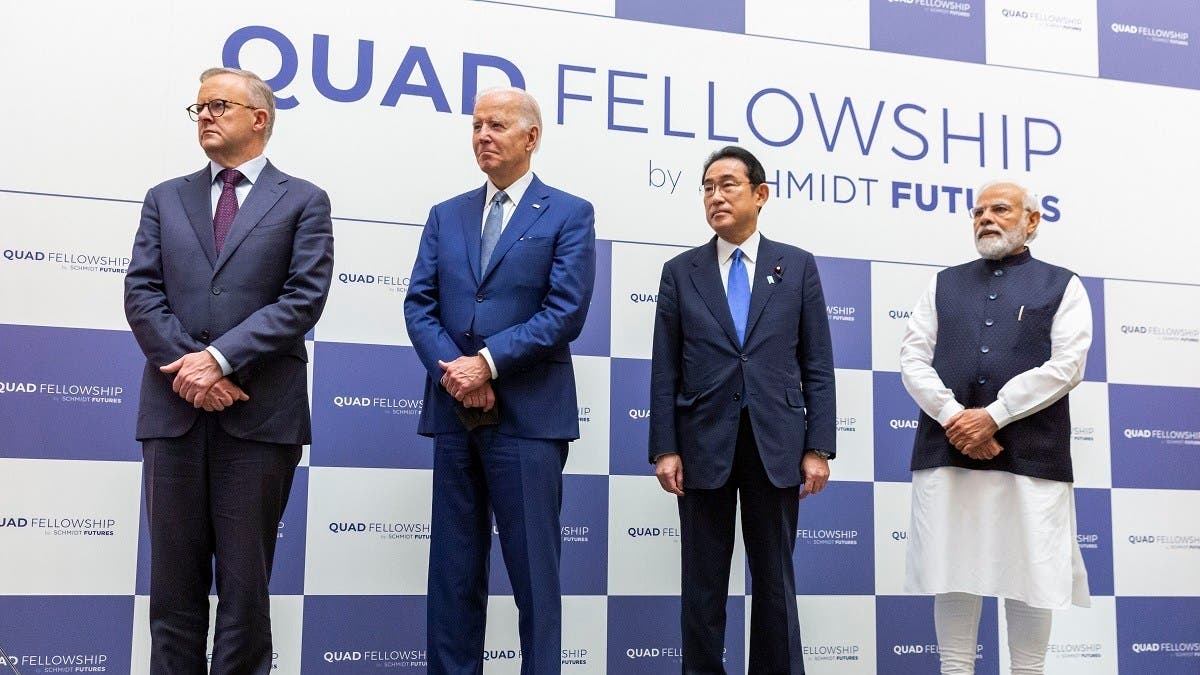 Leaders of the US, Japan, Australia and India gathered in Tokyo on Tuesday for a summit of the “Quad.” What is the group, where did it come from and why do diplomats keep coming up with strange names for various partnerships?

What is the quad?

Formally the Quadrilateral Security Dialogue, the Quad began as a loose partnership after the devastating 2004 Indian Ocean tsunami, when the four countries joined together to provide humanitarian and disaster assistance to the affected region.

It was formalized by former Japanese Prime Minister Shinzo Abe in 2007, but then fell dormant for nearly a decade, particularly amid Australian concerns that its participation in the group would irritate China.

The group was resurrected in 2017, reflecting changing attitudes in the region toward China’s growing influence. Both the Trump and Biden administrations saw the Quad as key to a pivot toward placing more focus on the Indo-Pacific region, particularly as a counterweight to China’s assertive actions. The Quad leaders held their first formal summit in 2021 and met again virtually in March.

China has complained that the group represents an attempt at forming an “Asian NATO,” though unlike the European alliance there is no mutual-defense pact in effect. Quad members say the group is meant to deepen economic, diplomatic and military ties among the four countries.

And while they don’t often explicitly say it, those partnerships are meant to be a bulwark against Chinese aggression.

In a March 2021 declaration laying out the “Spirit of the Quad,” the leaders said, “We bring diverse perspectives and are united in a shared vision for the free and open Indo-Pacific. We strive for a region that is free, open, inclusive, healthy, anchored by democratic values, and unconstrained by coercion.”

Who are the new faces?

Tuesday’s meeting marks the first in-person gathering of the group for Japanese Prime Minister Fumio Kishida, who took office last October, as well as for Australia’s new prime minister, Anthony Albanese. He was sworn-in on Monday, just two days after Australia’s parliamentary election and one day before the summit.

Indian Prime Minister Narendra Modi is attending as he faces increasing global scrutiny over his government’s crackdown on minorities and some authoritarian tendencies.

In addition, while the other members of the Quad have been united in standing up against Russia’s invasion of Ukraine, especially with sanctions, India increased its purchases of Russian energy supplies after the invasion.

Moreover, the invasion has led to food shortages that are causing price spikes, yet India banned wheat exports following a heat wave that could make this global challenge much tougher to resolve.

Who else is involved?

South Korea has expressed interest in joining the Quad, though US officials have said they are not contemplating adjusting the group’s membership. The group has held “Quad-plus” meetings that have included South Korea, New Zealand and Vietnam, which could form the basis for future expansion or partnership in the region.

Why the odd name?

Diplomats can’t help themselves. Once they start up different pairings or partnerships, they can’t resist assigning shorthand names like the Quad or baffling acronyms like AUKUS (the new Australia- UK-US alliance.) Another acronym that got attention this week while President Joe Biden was in Asia: IPEF, short for the US-proposed new trade pact called the Indo-Pacific Economic Framework. 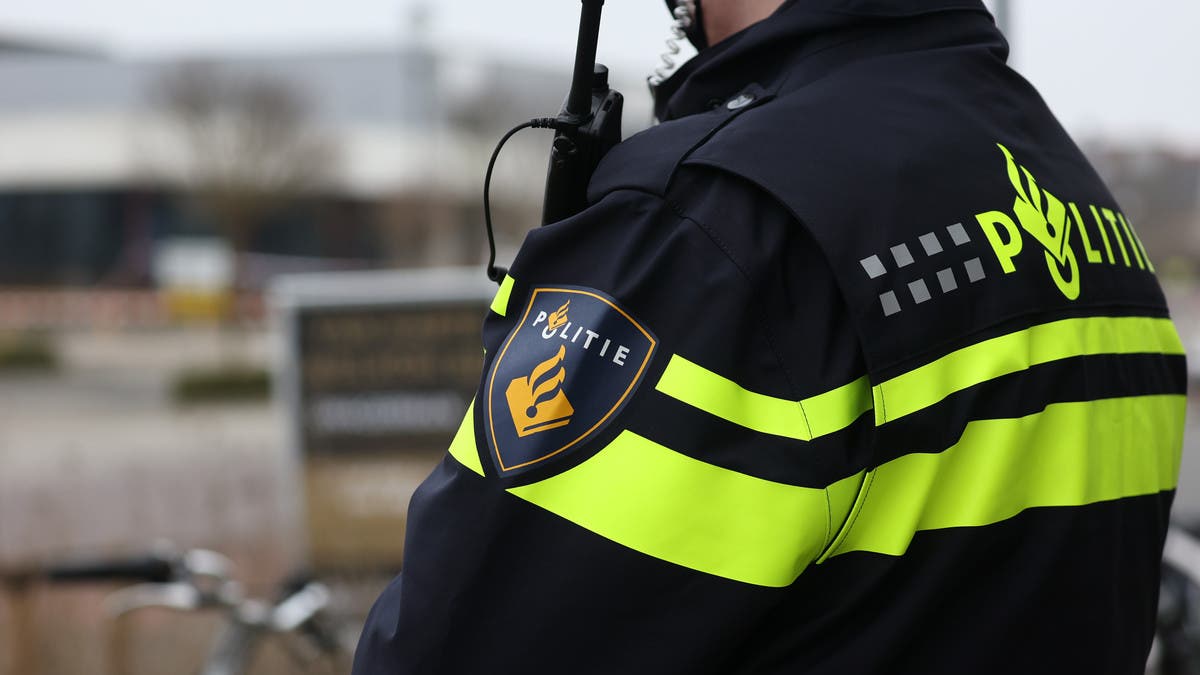 Dutch police arrested a 34-year-old man suspected of committing war crimes and crimes against humanity as a member of a pro-government, non-Shia militia in Syria on Tuesday, the public prosecution service said.

The man, who was not named, had been living in the Netherlands since 2020 and had applied for asylum there.

It is the first time the Dutch authorities have arrested a war crimes suspect accused of fighting on the side of the government of president Bashar al-Assad during the conflict.

“The suspect is said to have been part of the pro-regime militia Liwa al-Quds, that works closely with the Syrian intelligence services and the Russian armed forces,” the public prosecution service said in a statement.

The suspect was involved in the violent arrest of a Syrian citizen who was later tortured in a prison run by Syrian Air Force intelligence, according to prosecutors.

Previously the Dutch courts have convicted several Syrian nationals of war crimes who were members of opposition militias in Syria.

Such cases are prosecuted in the Netherlands under “universal jurisdiction” principles, which say suspected war crimes and crimes against humanity can be prosecuted abroad if they cannot be tried in country where they were allegedly committed. 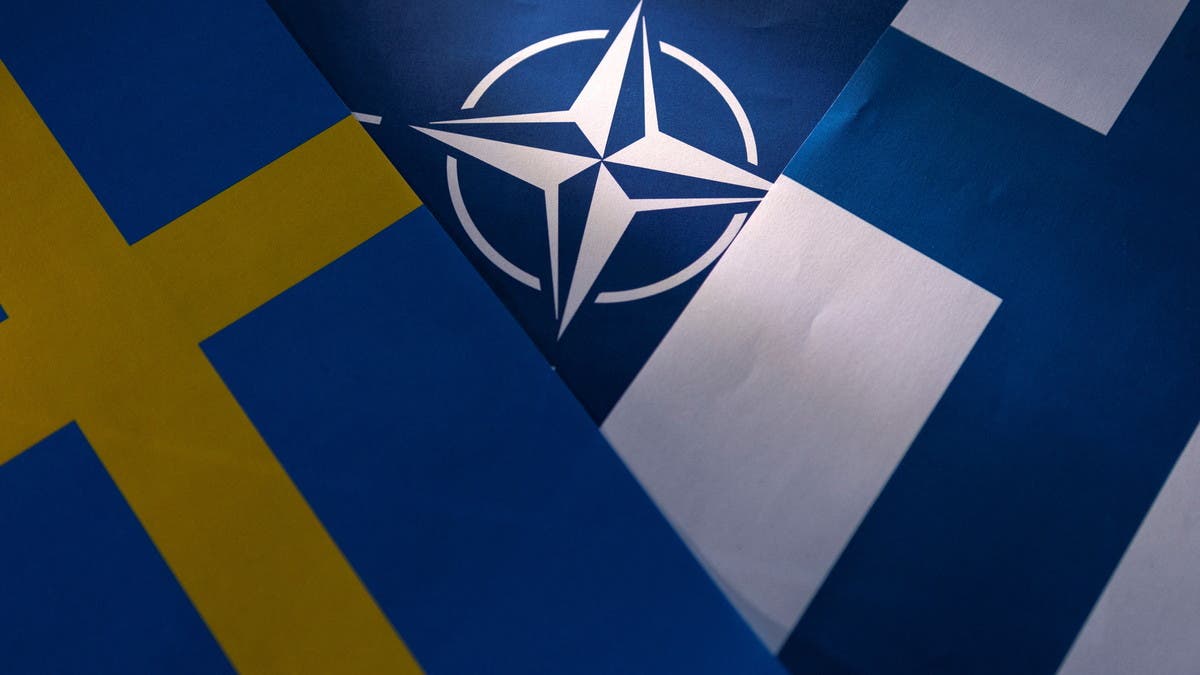 Finland and Sweden will send delegations to Ankara on Wednesday to try to resolve Turkish opposition to their applications for membership of the NATO military alliance, Finnish Foreign Minister Pekka Haavisto said on Tuesday.
Ankara’s objections have put the brakes on what Sweden and Finland hoped would be a quick accession process as the two countries look to shore up their security following Russia’s invasion of Ukraine.
“We understand that Turkey has some of their own security concerns vis-a-vis terrorism,” Haavisto said during a panel discussion at the World Economic Forum in Davos.
For the latest headlines, follow our Google News channel online or via the app.
“We think that these issues can be settled. There might be also some issues that are not linked directly to Finland and Sweden but more to other NATO members.”
Turkey says Sweden and Finland harbor people linked to the Kurdistan Workers Party (PKK) militant group and followers of Fethullah Gulen, whom Ankara accuses of orchestrating a 2016 coup attempt.
Turkey’s Foreign Ministry confirmed that talks would start on Wednesday.
On Monday, Turkey outlined five conditions for it to back Sweden’s NATO membership bid, demanding that Sweden lift sanctions against Turkey, including an arms export embargo; end “political support for terrorism”; eliminate sources of terrorism financing and halt arms support to the PKK and its armed Syrian offshoot YPG, according to a list published by the president’s directorate of communications.
“Sweden, which has applied for membership, is expected to take principled steps and provide concrete assurances regarding Turkey’s security concerns,” the directorate said in the statement.
“Since 2017, our country has requested the extradition of PKK/PYD and FETO terrorists from Sweden but has yet to receive a positive response,” it said, referring to Syria’s main Kurdish party PYD and Gulen’s group FETO in addition to PKK.
A Turkish official said Turkey would not backtrack in its talks with Sweden and Finland unless concrete progress was made to address Ankara’s security concerns, adding it was not separately negotiating with Washington over the Nordic countries.
“There are a number of diplomatic initiatives ongoing,” Swedish Foreign Minister Ann Linde said in a statement. “We have no further comments.”
Turkish President Recep Tayyip Erdogan, who has objected to Sweden and Finland joining NATO, held phone calls with the leaders of the two Nordic countries on Saturday and discussed his concerns.
Finnish President Sauli Niinisto said the talks were “open and direct.”
“I stated that as NATO allies Finland and Turkey will commit to each other’s security and our relationship will thus grow stronger,” Niinisto tweeted after the call.
Erdogan spoke also with NATO chief Jens Stoltenberg on Saturday, telling him that Ankara would not look positively on Sweden and Finland’s NATO bids unless they clearly show cooperation in the fight against terrorism and other issues.
Read more: