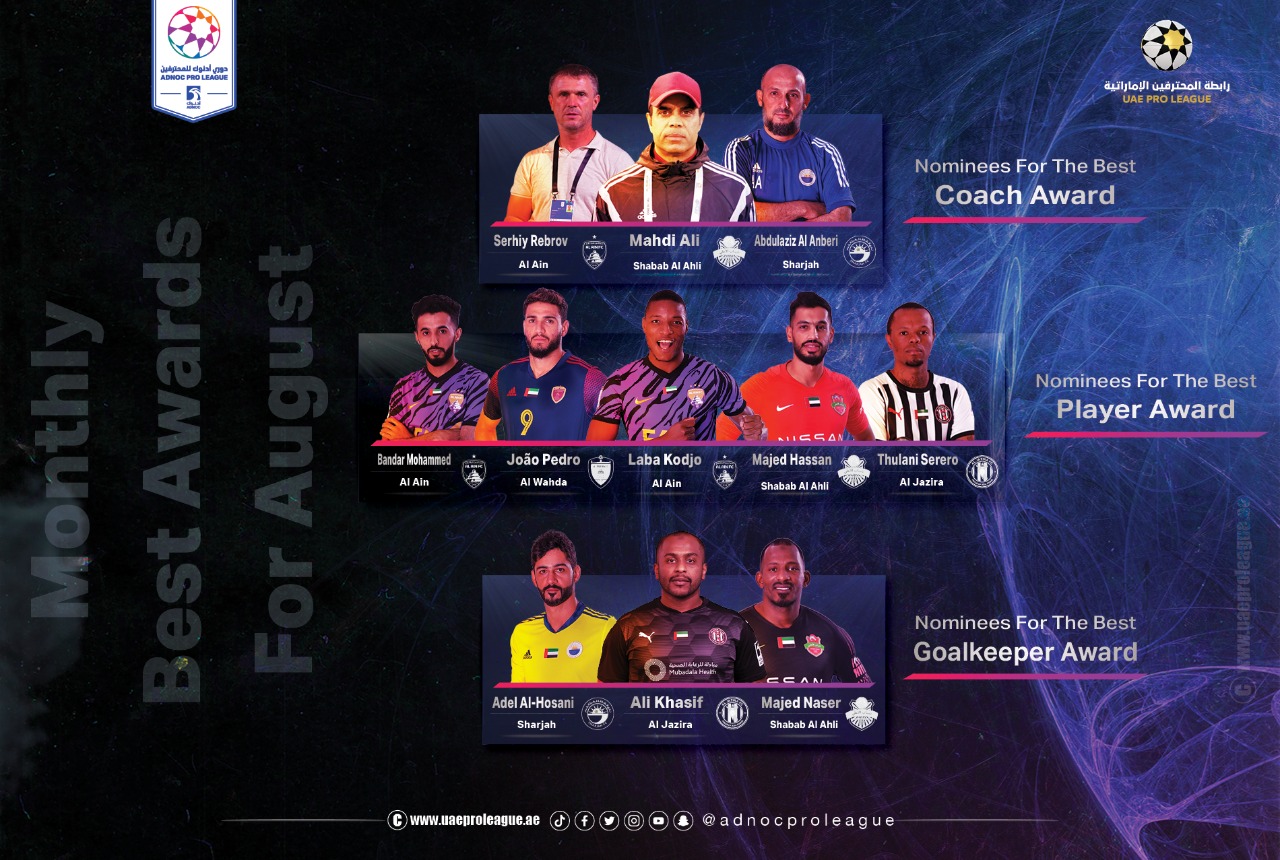 ABU DHABI, 12th September, 2021 (WAM) — The UAE Pro League (UAEPL) has announced the names of nominees of the ADNOC Pro League monthly awards for August, with the awards’ list comprising the following categories; Player of the Month, Goalkeeper of the Month, and Coach of the Month.

Voting was made available to fans as of 12:00 today, and will continue for 48 hours, after which the winners’ names will be announced across the UAE Pro League’s official social media accounts. Winners will be honoured ahead of the fourth match-week games.